20th PLACE FOR FRANCESCO DE FABIANI IN THE WORLDS 15 KM 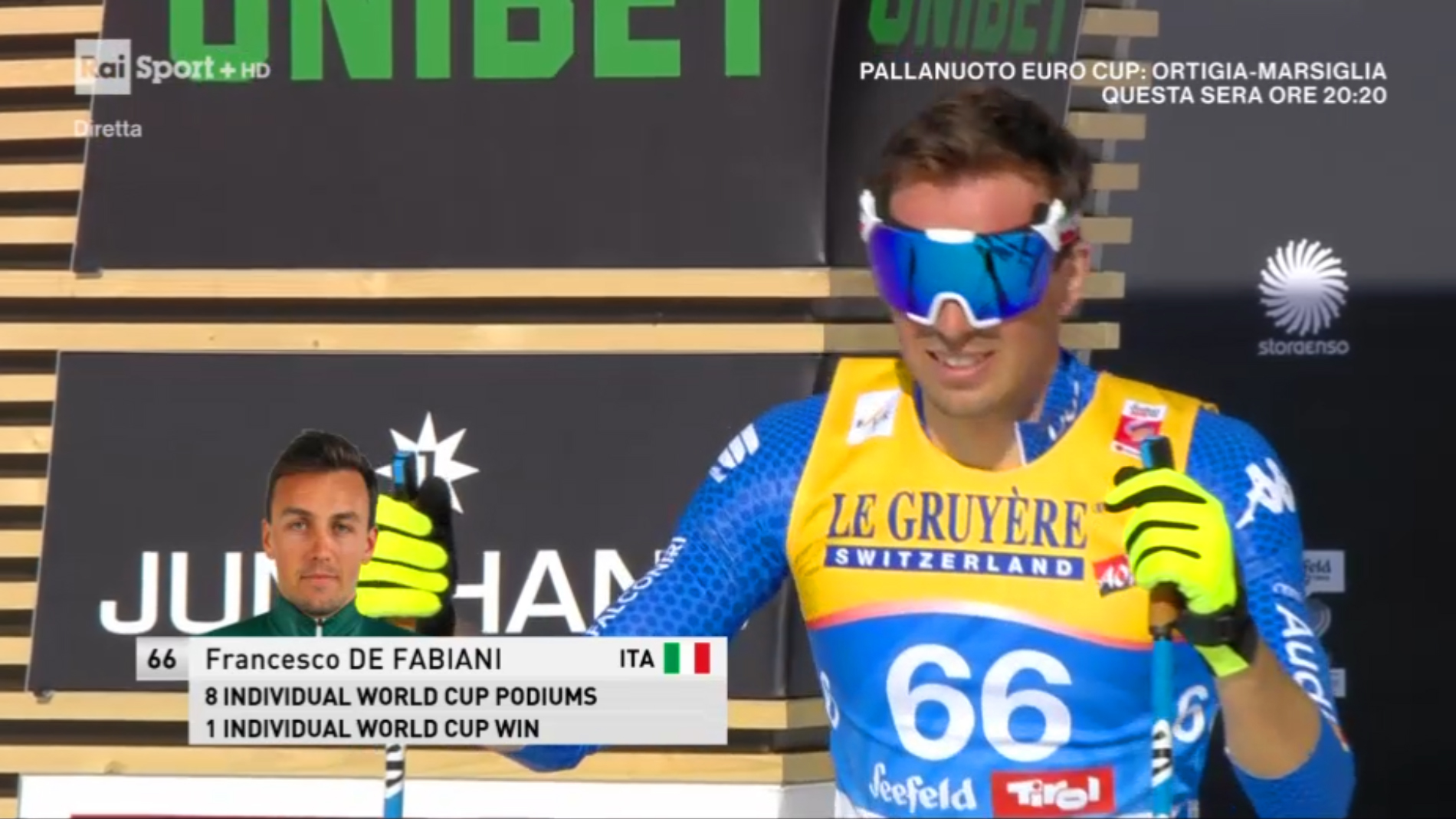 20th PLACE FOR FRANCESCO DE FABIANI IN THE WORLDS 15 KM

On the day of Sundby's return, Defast finished with a reasonable 20th place in the time trial 15 km classic of Seefeld.

Seefeld, Austria – February 27th 2019 - In the amazing environment of Seefeld, already home to the 1985 World Championships, the skier from Gressoney of the Centro Sportivo Esercito of Courmayeur, Francesco De Fabiani has struggled, due to an unusual weather condition and has occupied the last place of the Top 20.

Very difficult day, as for the athletes as for skimen, very high temperature, pumped fans: here are the main ingredients of this end of February in Austria.

In the dominated race, perhaps a surprise, by Norwegian redeemer Martin Johnsrud Sundby, De Fabiani has never been in the fight for medals, perhaps also because of a spring snow that has given several troubles.

Sundby preceded the Russian Bessmertnykh, 2nd and the Finnish, among the favorites, Niskanen. DeFast, who was all the buzz, stopped the clock in 40:20.3, at 1:57 from the winner.

«Today was a very difficult race, physical and in some ways very unusual – says De Fabiani at the end of the effort – certainly racing at 2 pm with these temperatures is very challenging for us and for those who, uninterruptedly work for us preparing the materials, or the skimen. We tried, but the legs were perhaps not the best. Preparing skis today was not easy at all, just look at the temperatures».

Day to be framed instead for the supporters: «Well, the atmosphere was fantastic, I want to thank the public and my fans who came from the Valle d'Aosta to cheer me on. It did not go very well, but after all it cannot always be good. I simply found a difficult day, we turn the page and think about the next competitions».

And the next engagements are around the corner: «There are still two races where I can perform well: on Friday in the relay we will have to fight for the podium. The weather seems to be about to change, it should be more cloudy. We hope that the snow changes, we'll give it all».

Sunday, finally, the 50 km: «I would like to do it, but first I would like to understand what kind of snow there will be, what conditions we will find. Obviously the races double and the effort increases. If the snow becomes harder, and therefore more suited to my characteristics, I will do it, otherwise I will focus on the next World Cup race, once again the 50 km in Oslo, scheduled for the following week».

© All photos are property of Nordic Focus - Nickland Media