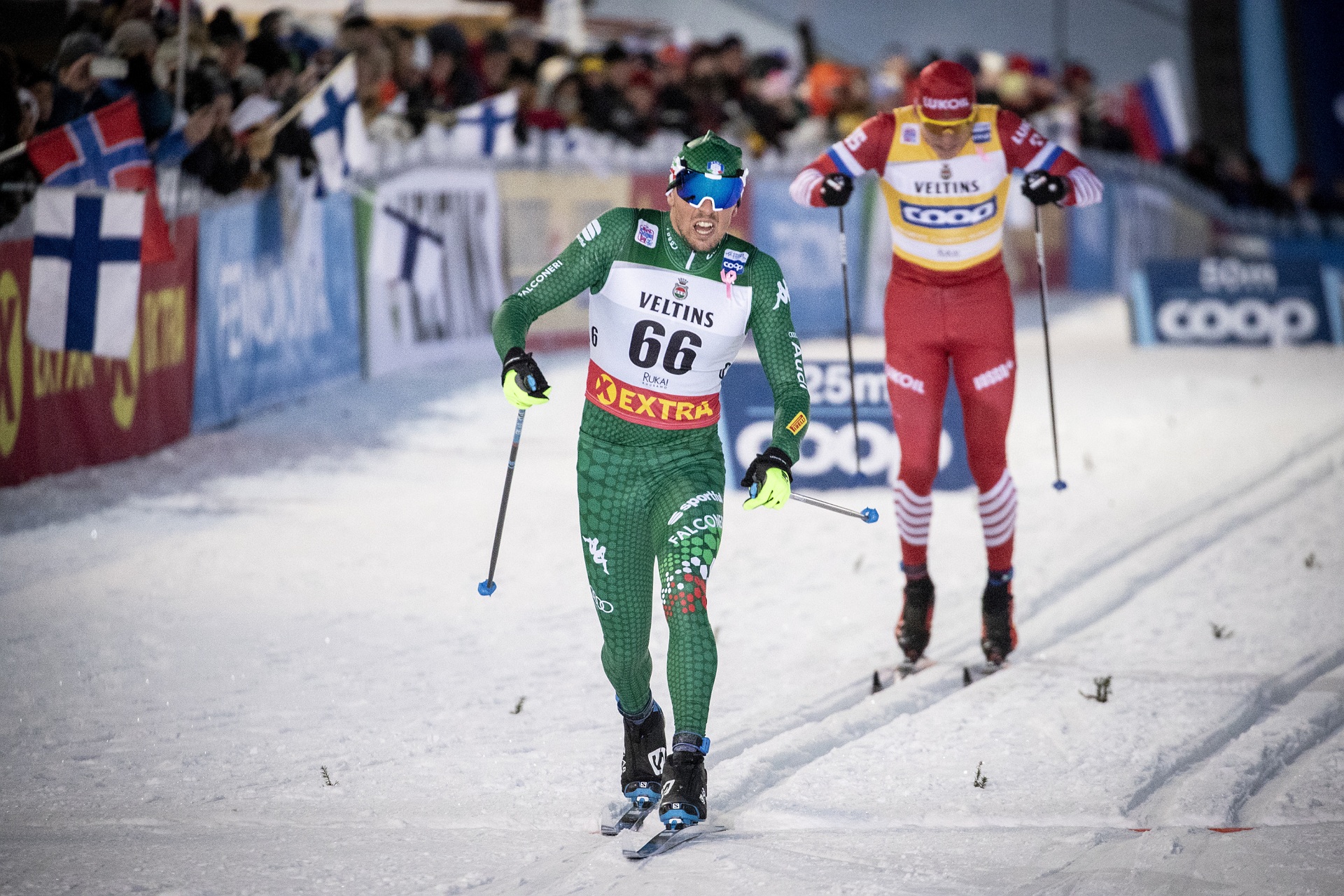 Drained the fatigue of yesterday's sprint, the Alpine from Gressoney gets back to the higher areas of the classification with his favorite format, the 15 km Classic of Ruka, traditional start of the season, also scoring the best time in the last kilometer of the competition.

It was among the most awaited at the 15 km Classic of Ruka and did not betray the expectations. The 25-year-old Francesco De Fabiani, has been the author of a fast performance in the second World Cup race of the season, less than 10 seconds from the Top 10.

In a tricky race, also due to the particular mileage of the circuit (3,750 m per lap to be repeated 4 times), "Defa" was the best of the team (this year in green suits) with his 37’18 "at 1 minute and 2 tenths from the winner Bolshunov and under 10 seconds from Tonseth who finished in tenth place.

«I'm certainly satisfied – says De Fabiani – it went really well. The only regret is not having hit the Top 10 for a bunch of seconds, but the positive side today is represented by the sensations that are excellent. In general the season started really well, too bad for the missed qualification in the sprint, but today I made up
for it. Today my Salomon skis were really fast and performing, I would like to thank the ski-men who once again have the great merit of having supported me in an excellent way ».

In the time trial an important role was played by the mileage of the ring: «There were trains and unfortunately for 90% of my race I was alone, then in the final I skied with the winner Bolshunov and I understood that uphill the condition is fine. I have some difficulties in the flat stretches and I will have to work on the double-poling to close the gap especially with the Scandinavian and, of course, Bolshunov».

The podium is currently far away, but some big names are not so far: «Klaebo is only to 13 seconds and that motivates me. If it had been a mass start I would probably have been better because I perform better racing on the single contender. I start from this aware that the condition is here. Next appointment will be the
Lillehammer Mini Tour with the Sprint F (which will be harder and longer than this one in Ruka) where I would like to reach the semifinals, then a 15 km Distance F and the pursuit classic on my favorite distance, the 15 km, which I like a lot. It will be very important to do well in Norway because in the Mini Tour the
score will be doubled and the ranking could change positively for me, obviously hoping for a good result especially in the final race».