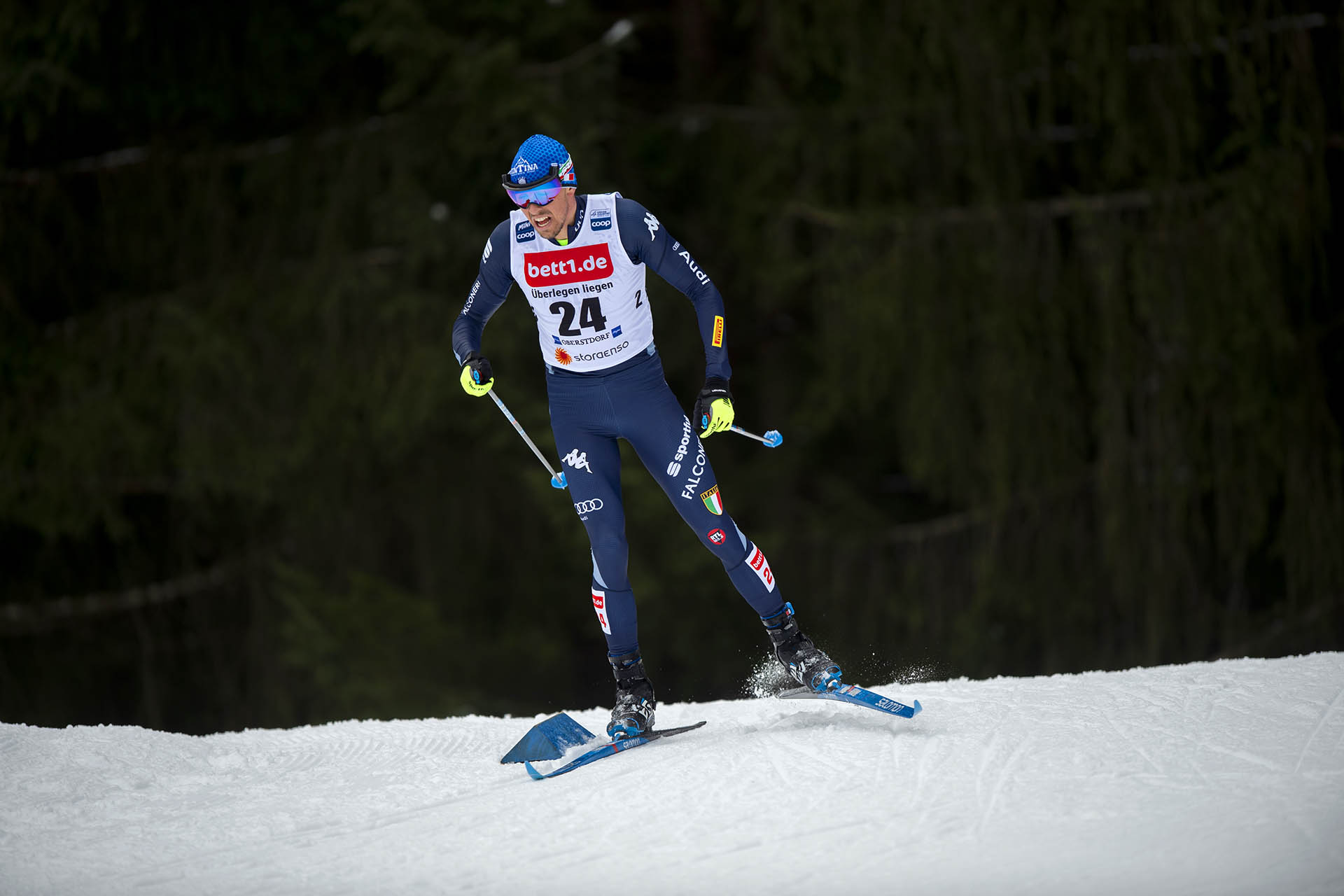 From the friendly snow of Oberstdorf, the skier of C.S.E. brings home an 18th place in Skiathlon and good sensations in classic technique. Now focusing in the Italian championships in Bergamo.

Oberstdorf, Germany – Jan. 26th 2020 • Oberstdorf, home of the 2021 World Championships (and 1987 ones) brings luck, but not so much, to Francesco De Fabiani. Right there, where just over a year ago he had touched the victory in the Tour de Ski, a 15 + 15 km Skiathlon and a classic Sprint took place.

In the Saturday race, the distance in two techniques, DeFast gave emotions in the first part, the one most congenial to him in classic: «I started well, I had skis that had perfect grip uphill, perhaps not very fast but certainly up to the situation. I have always tried to be in the top positions to be able to play my game». Widely in the Top 10 at the end of the classic section (where, for some parts we saw perhaps the best De Fabiani of the season), Francesco paid in the skating stint: «Like every year I get in shape quite in late in skating, compared to the classic, therefore I can say that I am satisfied with my race, which however indicates a good moment of psycho-physical growth that gives me hope for the future».

The round, won by the usual Bolshunov, highlighted the overwhelming power of the two strongest nations, Russia and Norway.

Sunday's sprint, won by Klæbo, was stingy with satisfaction: «Unfortunately I paid for the fatigue caused by the Skiathlon and I slept badly, which is why I have never been in the race».

For De Fabiani the next round will be the Italian championships scheduled for next weekend in Gromo, in the Bergamo Ski Tour: «I will be competing in the distance of 15 Km F time trial, while I am still not sure if I’ll be part of classic Sprint».

As for the World Cup, the next step will be in Falun, home of the 2015 World Championships, where a 30 Km F will take place, which could become, due to lack of snow, a 15 Km F Mass Start and a Sprint in classic.