DE FABIANI ON THE DRESDEN PODIUM WITH PELLEGRINO 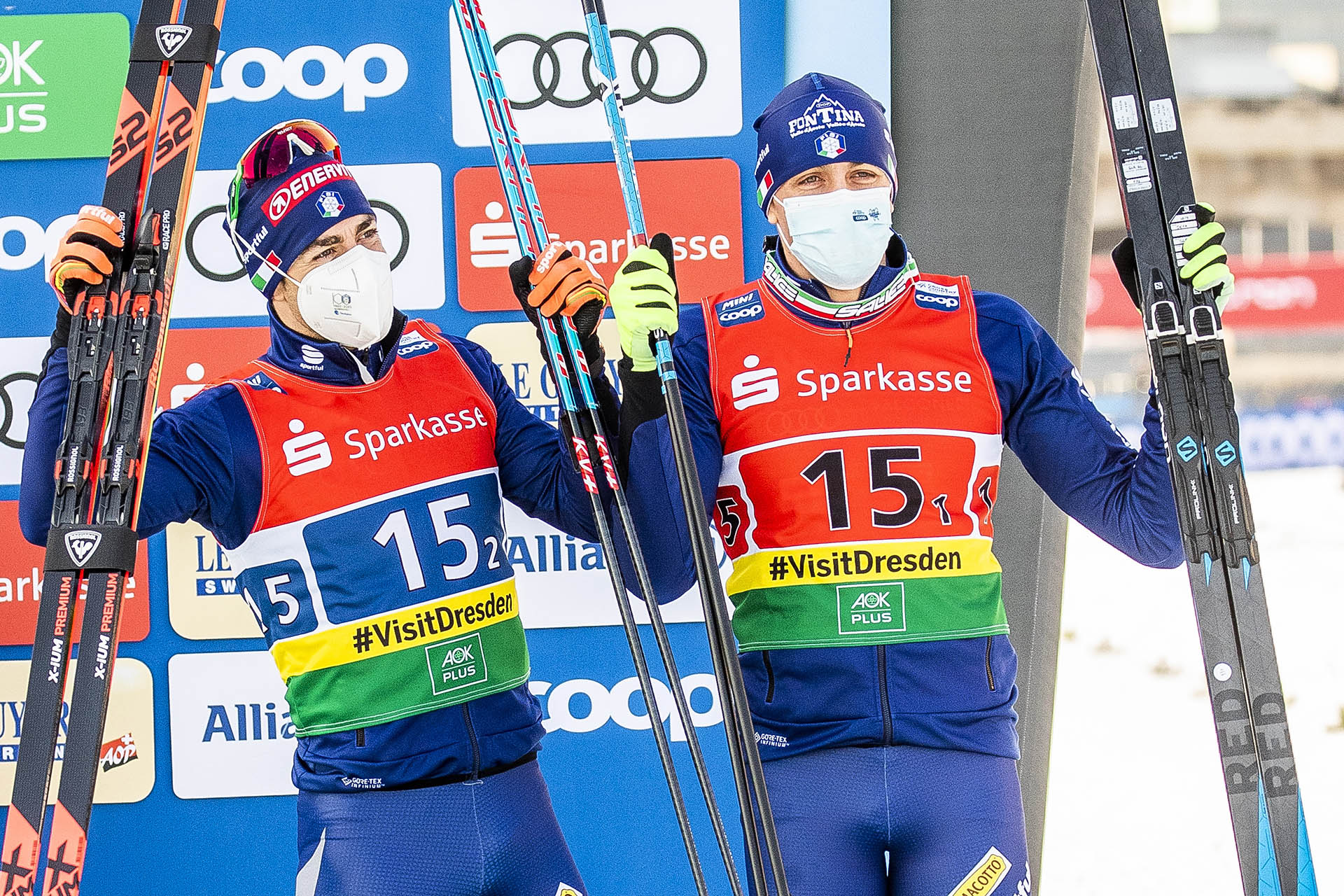 Very hard-fought 3rd place in the Teutonic team sprint. A particularly welcome result for the Alpine of CSE on a track that does not fully reflect his characteristics.

Dresden, Germany – Dec. 20th 2020 • A rather sweet weekend for Francesco De Fabiani, who brought home his first podium of the season, also finding back smiles and excellent sensations.

On Saturday a track that wasn’t in Francesco’s cards, very fast and so short did not allow Defast to qualify in the individual sprint, which was then dominated in the final race by his fellow countryman Federico Pellegrino.
On Sunday, however, expectations were very high. The whole Valdostan duo formed by the Alpine from Gressoney and the Policeman from Nus produced an excellent performance. Only narrowly beaten on the finish line by Russia I, represented by Alexander Bolshunov and Gleb Retivykh, and France I represented by Richard Jouve and Lucas Chanavat. A race that saw a close and intense battle between the three teams from the very first meters, with Italy always in the game for a step on the podium.

«I am very happy – says De Fabiani with a brilliant voice – the race went well, and I really had excellent materials. Actually, I am happy, but also a little disappointed because, given Federico's shape, we could have aimed for victory. I clearly gave it all, scraping the barrel for every drop of energy, however, with one second less at handover zone, with the catching up that “Chicco” has fielded, we could really get on the top step! So, I am very happy with the podium, it was long-awaited, but I am also aware of having lost something too much in the hot phase of the last leg».

There is a lot of confidence in Francesco's words, and also that newfound energy that is needed to better face the next World Cup events, especially if you think of his primary target, the Tour de Ski, scheduled for January.