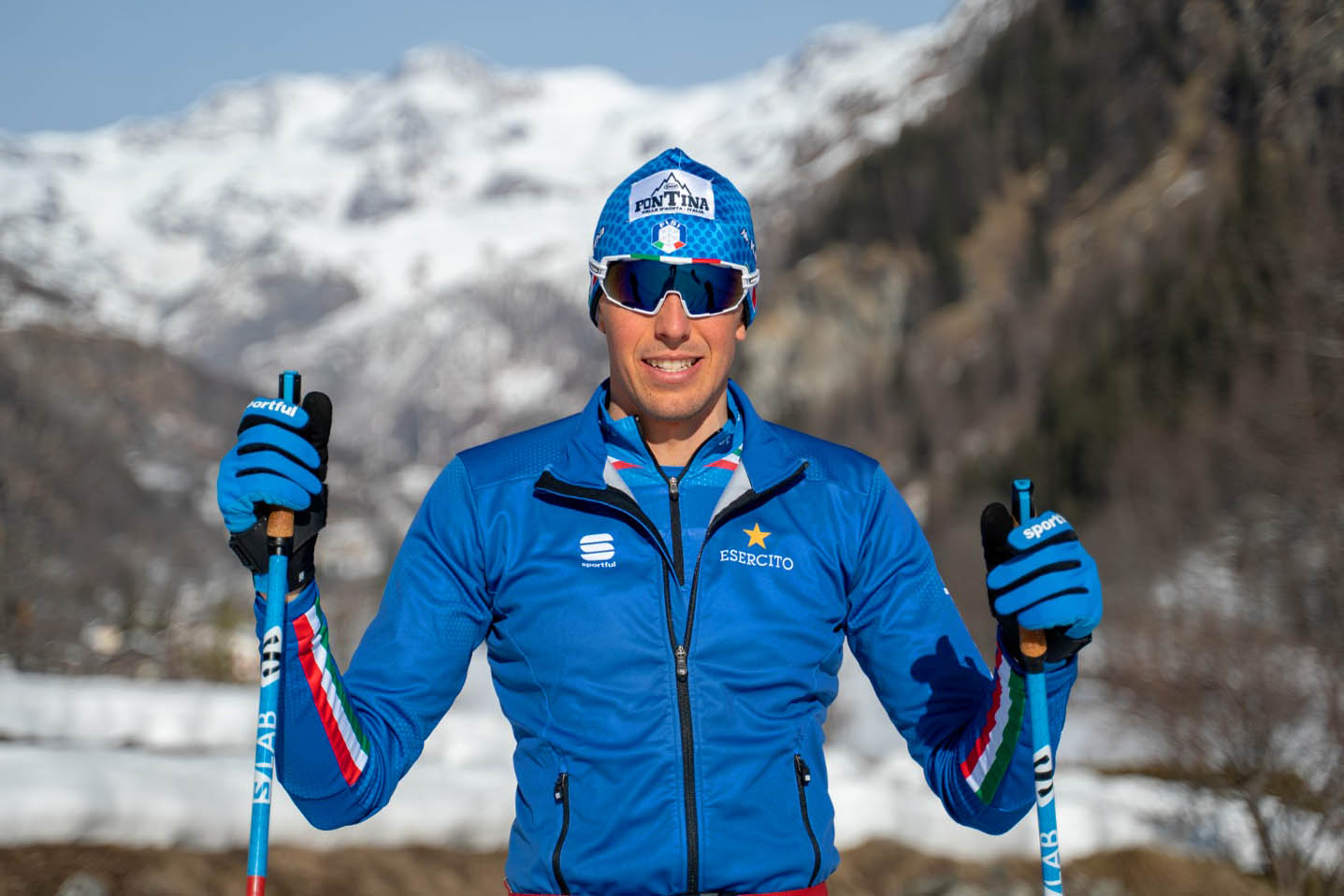 The international adventure of Francesco De Fabiani will resume in the next weekend in Nové Město with two distance races.

Nové Město, Czech Republic – Jan. 16th 2020 • It is time to start the engines again and full speed ahead. The season of "DeFast", which got to a stop in Toblach two weeks ago during the unfortunate Tour de Ski, will resume this weekend.

The skier from Gressoney of Centro Sportivo Esercito Courmayeur was recalled by the Italian National Team to face the double event in Czech territory, in Nové Město. Two distance races are scheduled: Saturday 18th January he will join the track for the 15 km skating interval start, while on Sunday it will be the time for a new 15 km, but classic and in the spectacular Gundersen format, that means a pursuit with the gap accumulated in the previous race.

Out of the game for more than 15 days, De Fabiani comes from a rather intense training period, thanks to which the hours and kilometers of training have been remarkable, first in Toblach, where he covered an average of 60 Km per day, and then at his home in Gressoney, where he carried out the classic final workout in order to better face the incoming double World Cup rounds.

Francesco De Fabiani will be at the start together with teammates Dietmar Nöckler and Giandomenico Salvadori.