DE FABIANI IN SCANDINAVIA FOR THE SKI TOUR 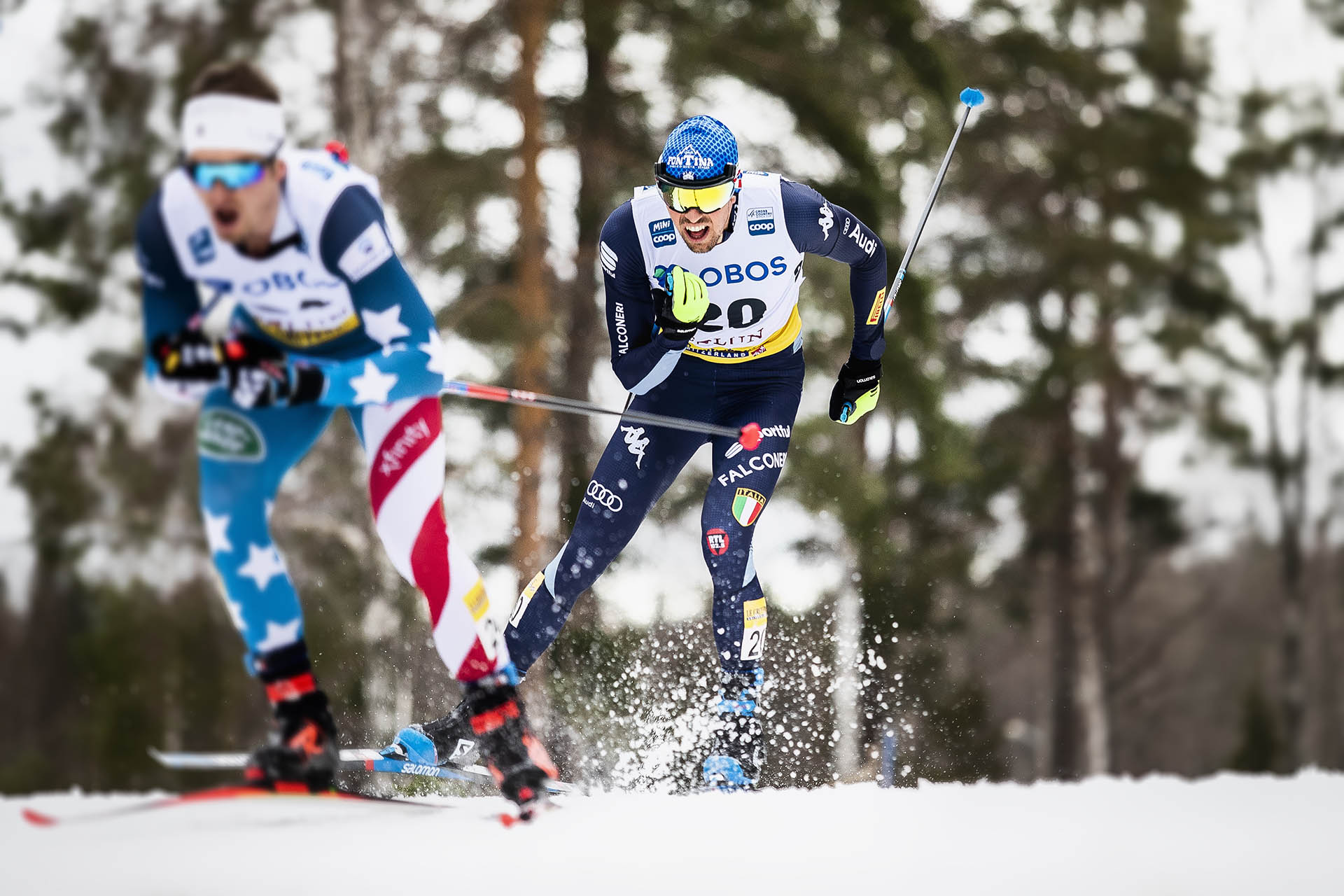 The season of the Alpine from Gressoney continues with the newborn Ski Tour in Scandinavian land: the best cross-country skiers in the world get started in the stage race which remains the most important goal of 2020.

Östersund, Sweden – Feb. 12th 2020 • Sweden and Norway: these two nations will host the latest creation of the FIS, a stage tour with 6 races including 2 Sprints, along 9 days, with a total of about 100 km (compared to about 90 km in 7 stages of the Tour de Ski in January).

Francesco De Fabiani will not miss the chance. The athlete of the C.S.E. has finished training these days, hoping to be ready for the appointment.

«It will be a very hard and tight Tour, both because we are in the second half of the season – thunders DeFast – and because the distances and formats are quite demanding».

First appointment will be Saturday 15th February in Östersund (Sweden) with a 15 km with a time trial, followed on Sunday by a 15 km pursuit classic: «A bit like in Nove Mesto – says Francesco – let's say that I will have to defend myself by skating to hope to recover in the classic where now I'm definitely better. Monday we will rest and Tuesday we will be in Åre, where there will be a skating Sprint that will lap the track of the 2019 Alpine Ski World Championships, with some stretches right uphill on the downhill track».

The caravan will stop on Wednesday 19th, to return to the track on Thursday 20th, in Meraken, Norway, with an unusual 38 km skating with mass start, where De Fabiani will try to stay with the best in a race that will be in line.

After the rest on Friday 21st, we will return to the track in Trondheim on Saturday 22nd February with a Sprint classic, before the grand finale on Sunday 23rd: «The last race will be demanding because it is a 30 km classic, where I should be at a good level, but the problem will be the start, which will be a pursuit on the of the times of the general classification, therefore it will be necessary to get there not too far from the best to do well».

It will probably be a balanced Ski Tour, but above all for the skier from Valle d’Aosta the race which today represents (also due to the failure of the Tour de Ski) the only real goal of the season: «I have to try to do well, the condition is improving and the latest tests say I'm better. At the moment I'm performing better in classic, and maybe I expected it. The main pitfall is given by the fact that all the classic races of this Tour will be influenced by the previous skating races, but I will try to be ready also because in a year without the Worlds and Olympics, willy-nilly here I have to try to do well».