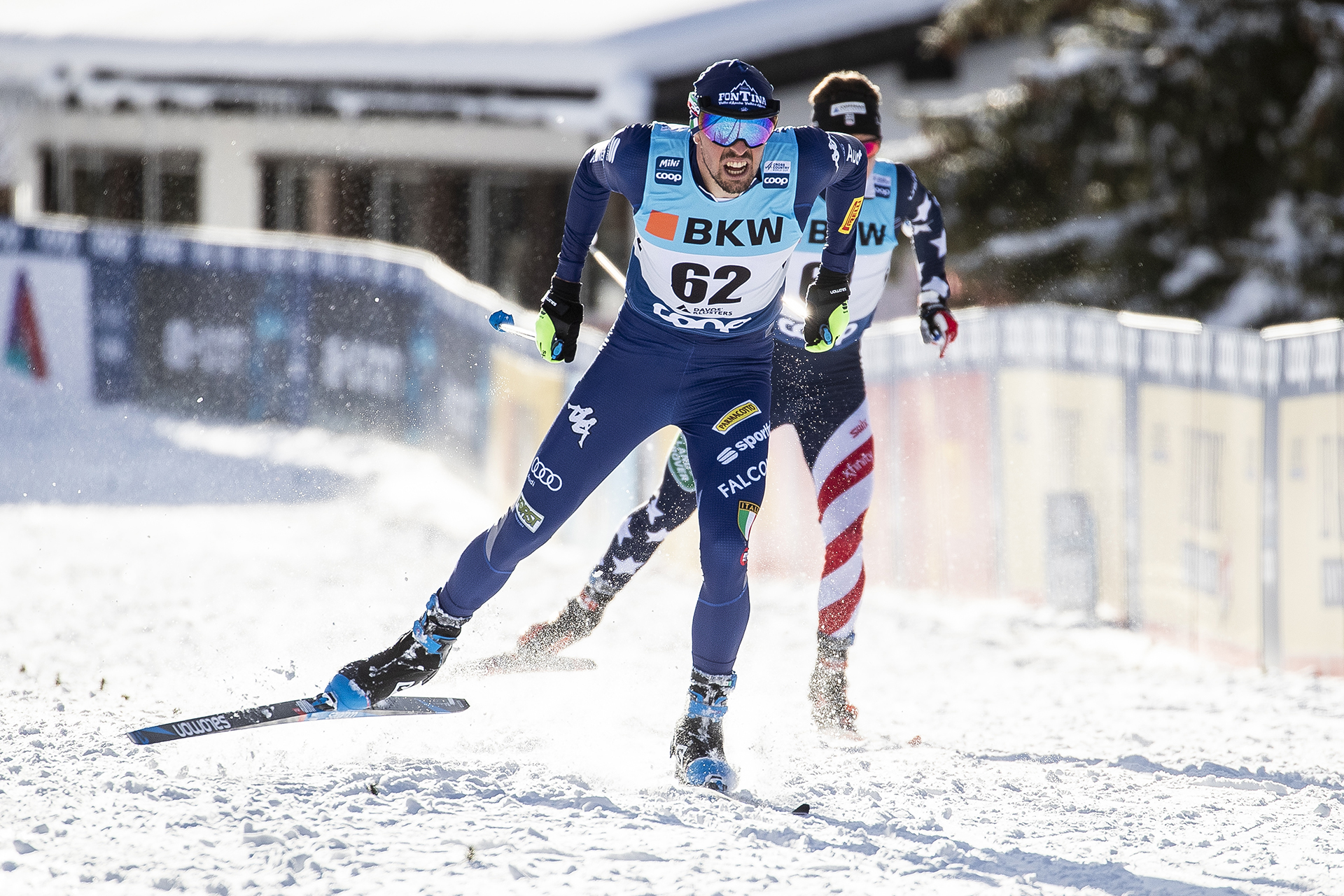 Fabulous 5th place in Switzerland for the skier of CSE, able to graze the podium in Davos, in the 15 Km, after yet an excellent Sprint on Saturday. Tour de Ski is now in the sights.

Davos, Switzerland – Dec. 13th 2020 • Excellent weekend for Francesco De Fabiani in the Canton of Grisons, in the traditional mid-December event dedicated entirely to free technique. The two-day competition highlighted the absence of Norway, Sweden and Finland, but despite this, the level of the contenders was excellent, honoring the performance of the Azzurri in the Sprint, and of the Russians, once again protagonists in the distance, capable of coloring the entire podium in white, red and blue.

The skier from Gressoney of the Centro Sportivo Esercito of Courmayeur sharpened his weapons at the end of a week of intense and heavy work precisely in view of the double commitment of Davos.

On Saturday 12 December, in the Sprint, Defast had a good qualification, which ended well in the Top 20, followed by a memorable quarter-final in which he even excelled, before finishing in 6th place in the semifinal and then being eliminated before the final, which has been dominated by a superlative Federico Pellegrino.

«It was a good performance – says De Fabiani – I did not expect such a performance in a Sprint in which I had never excelled: perhaps I lacked brilliance in the semifinal».

Brilliance, which was manifest on Sunday 13, in the 15 km skating. Mindful of the 7th place obtained in 2018, Defast thrilled, setting a constant pace from start to finish, remaining almost always in the Top 5, finishing in 5th place (much less than a minute to Bolshunov), «With a performance that – adds the Alpine – first of all gives me great morale and awareness for the future. I say thanks to my technicians who once again prepared very fast and performing skis: without them, everything would have been more complicated».

De Fabiani, who is about to return to Valle d'Aosta, already has clear ideas for the future: «I don't know if I'll go to Dresden, while certainly, my goal is definitely on the Tour de Ski scheduled for January, where I hope to get closer as much as possible to the final podium».